Are you thinking of travelling or working in Connecticut? Let’s take a closer look at the average and minimum salary in Connecticut.

This article is a comprehensive guide on minimum and average wages in Connecticut. Find out why the Nutmeg State is one of the wealthiest places to live in the United States. 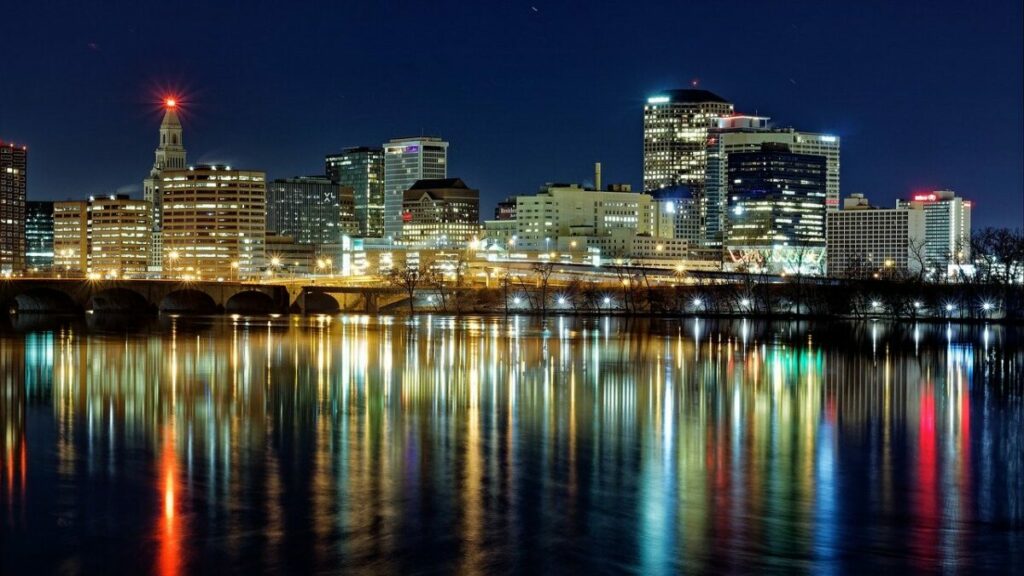 The state is home to one of the most respected universities in the world – Yale, and it’s also considered to be one of the most authentic states when it comes to tourism. It’s sometimes seen as a gateway to New England but visit outside of the fall and you’ll be impressed by the history and culture of 3rd smallest state – at least by area anyway! The capital is Hartford, but the city of Bridgeport has a larger population.

Bear in mind that the cost of living does vary across the state. Stamford, Norwalk, and Greenwich are the most expensive places to live in Connecticut, while Milford, Fairfield, and Stratford are much cheaper.

The median annual income in Connecticut is $76,348 USD. This is quite a bit higher than the US national average of $61,937 USD. However, there’s a huge disparity between the average male and female salary.

The biggest employers include elementary & secondary schools, restaurants and food services, and construction. However, the highest paying sectors include securities, commodities, funds, trusts, and other financial investments, with an average of income of over $220,000.

The Constitution State has long been a base for the financial services industry. The next best-paid sectors are nondepository credit & related activities, then sugar and confectionery products.

Connecticut’s economic outlook is good. From a population of 3,573,000, the workforce was 1.73 million in 2018. This number isn’t expected to fluctuate too much, as Connecticut’s population growth is minimal.

Before 2018, the economy contracted but since then, it has grown in both years – by 0.4% in 2019 and 0.2% in 2020. Several Connecticut manufacturers and industries are expanding in a number of fields. Submarine construction will increase at the Groton shipyard. The economy is also expanding with Ensign-Beckford in the aerospace sector, and the high-tech giant Infosys, which has opened a technology hub in Hartford. In the coming years, this $21 million USD investment will boost the economy with at least 1,000 new jobs.