Average and minimum salary in Zurich, Switzerland. Data and information about wages and jobs in Switzerland

If you considering moving to Europe, the average and minimum wage in Zurich, Switzerland are useful data to analyze the economics of this highly wealthy nation. 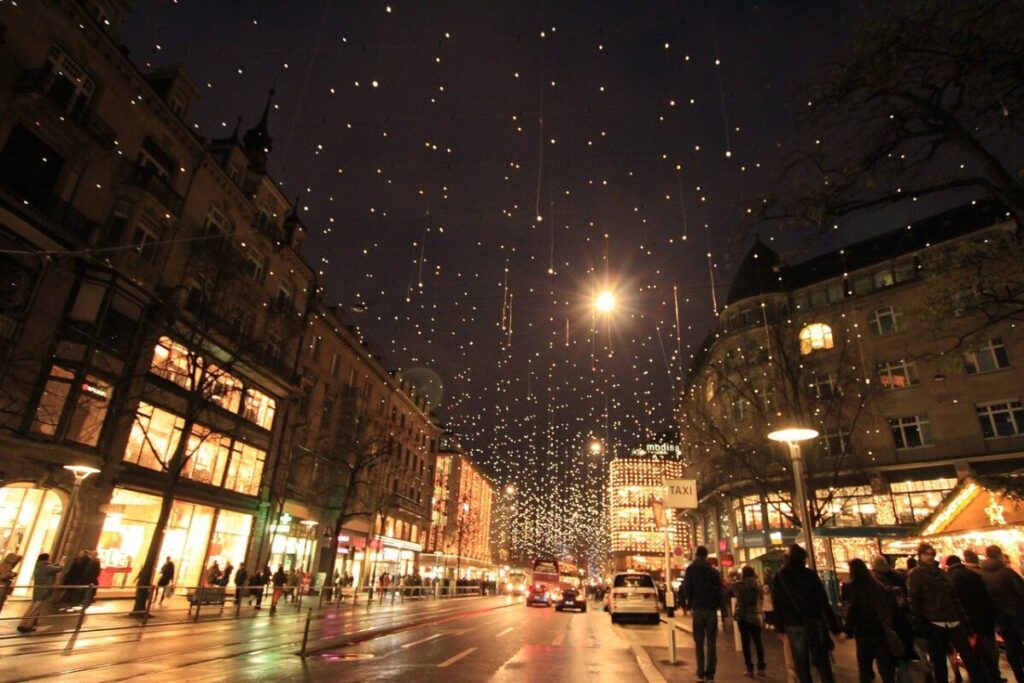 Zurich is the largest city in Switzerland, a wealthy country in Europe which is not part of the European Union and has its own currency, the Swiss Franc. Known for its extreme wealth, chocolates, cheese and watches, Switzerland offers some of the highest salaries in the world.

As of 2021, there is no minimum wage in Zurich, Switzerland. Minimum wages in Switzerland are either decided by collective agreements. However, Switzerland is divided in Cantons and they have the freedom to decide whether they want to have minimum wages or not. Geneva for example has a minimum wage of 23 CHF per hour, which is just short of 4000 CHF per month (gross).

As a reference basis, the minimum wage in Zurich, Switzerland ranges from 3500 to 4000 CHF for hotel and gastronomy workers (gross per month) as of 2021. You can read more about it here (in French).

Currently the net average wage in the Zurich, Switzerland is of approximately 6000 Swiss francs per month. It is considerably more than the collective agreements per sector for minimum wage as of 2021.

Here are some average wages per profession in Zurich, Switzerland (gross) per month:

Switzerland has one of the strongest economies in Europe, with high standards of living and lower taxes than its neighbors. The overall Swiss resident is wealthier than the average European resident, even when compared to other wealthy nations such as Germany or Austria. While growth is not stark in Switzerland currently, the country still enjoys a very comfortable position in global economic rankings.

Zurich is one of the best cities to live not only in Europe, but in the world. It is a safe city, with a number of important companies having offices and headquarters in its central area. On the downside, Zurich is an extremely place to live, even if salaries are high, you will need to focus on your career to be able to save a significant amount of money per month.

If you are traveling to Switzerland you want to check some of our guides to the country. Check the best places to stay in Zurich here.

Jetradar: search for flights and compare prices with Jetradar.