Cost of living in Bucharest: let’s analyze the main costs for anyone considering living in the capital of Romania

Are you considering making a change in your life and moving to Bucharest? Do you have an opportunity to work or study in Romania? Then read on and find out more about the cost of living in Bucharest, the capital of Romania. Cost of Living in Bucharest, Romania

Bucharest is by far the biggest city in Romania and it’s one of the biggest cities in Europe. With an official population of over 2 million and an unofficial one of over 3 million, it is a very vibrant city.

Bucharest still has the scars of communism over it, with big grey buildings that have a grim utilitarian feeling. The city also has houses and mansions from different styles, including Art Nouveau and Art Deco. Strolling down the streets you will notice a sharp and clear contrast between these styles.

Besides the architecture, there are not many other indicators that this was a communist country for nearly 45 years. Bucharest has quickly reinvented itself into a dynamic European capital. Currently, it is a multicultural city that is still growing and is far off from its maximum potential.

As a side effect of this, the cost of living is on the rise and it’s comparable with cities like Budapest, Prague or Krakow. While food and transportation is still quite affordable, the cost of accommodations is growing steadily, with more affluent areas being off limits to regular locals. There are places where only the most well-off Romanians and expats can afford. All in all, the city as a whole is still more affordable than other larger cities in Europe.

Let’s check some data for the cost of living in Bucharest, Romania below:

Cost of Living for Students in Bucharest, Romania

Being a student in Bucharest is one of the best places where you can experience college life. The education on offer is very good, although not top-notch as in London, Paris or Amsterdam. However, where it excels is the affordability.

Tuition fees in Romania can be considered on the cheaper side if you compare them with universities from Western Europe. Generally, tuition costs will range from 1000 to 5000 euros a year for foreigners(depending on your citizenship and the degree). University cycles usually last from three to four years, depending on the educational profile.

Some universities also offer English only courses, aimed mostly at expats and Romanians looking to work in a multinational environment.

Here are some of the best higher education institutions in Bucharest:

Getting a Job in Bucharest

Bucharest has a very dynamic work environment. You will find a multitude of jobs aimed at the international market. There are big multinational companies that have operational headquarters based in the city.

As such, Bucharest has pretty competitive salaries, often comparable with some Western European countries in some sectors. There are opportunities available for professionals in almost all domains, the most developed one being the IT industry. It is often called the Silicon Valley of Europe, with almost 100,000 people working in one of the high-rises in the northern part of the city.

You can find a job very easily in Bucharest by going here:

Quality of Life in Bucharest

Whatever you think that the life in Bucharest is, you will be very much surprised. The city is full of young professionals, creating a dynamic atmosphere with a large number of cultural events and concerts.

While the traffic can sometimes be a nightmare, mainly during the day as people are going and coming from work, this is the only major drawback. You’ll be surprised at the diversity this city offers. Also, most of the people here will be able to communicate with you as English is very widely spoken, at least among the younger populace.

If you are visiting Bucharest soon you may want to check some of our other Romania guides. Check the where to stay in Bucharest. You can also check the our article on how to find a job in Romania, and the average and minimum salary in Bucharest. 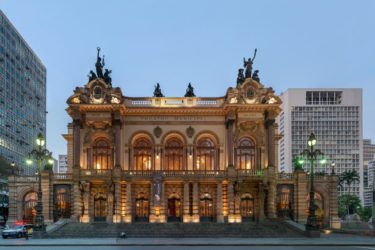