How to immigrate to Spain as a non-EU citizen? Let’s discuss the option to move to Spain via one of the following purposes: studies, retirement, employment, freelancer, passive living and as a entrepreneur

If you are considering moving to Spain, you probably have already some reasons to like the country. But, before we get to the actual possibilities and requirements, let’s analyze the advantages and disadvantages of living in Spain: 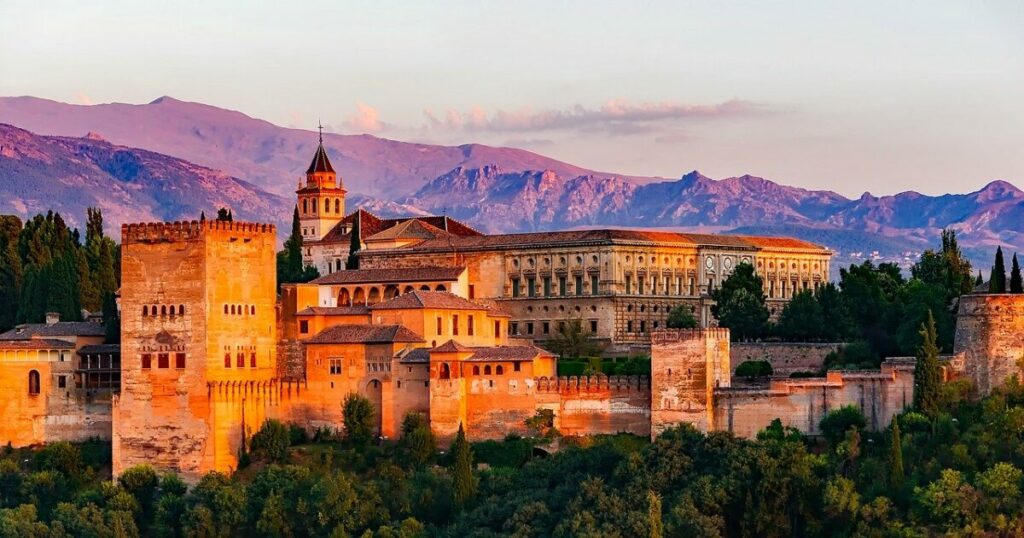 Advantages of Living in Spain

Great Weather and Nature: Spain has one of the best climates in Western Europe. Not only that, it has one of the most diverse landscapes in the continent. From snow covered peaks to beaches to deserts and forests, Spain has it all. More than that, you don’t have to travel much to find all these options.

Delicious Affordable Restaurants and Nightlife: Spain is famous for its tapas, its cuisine and its nightlife in general. Prices are also pretty affordable and you can have a decent meal Menu del Dia for around 10 euros in most of the cities.

Safety: Spain is pretty safe. It is in fact one of the safest countries in Western Europe, and much safer than the United States. This is especially truth if you are going to smaller cities outside of the Barcelona, Madrid, Valencia axis.

Relatively Affordable Cost of Living: Spain cost of living is also relatively low for Western European standards. This is especially true if you considering to live in any city except the capital and Barcelona. Real estate is affordable, and rentals are easy to find.

Relaxed Immigration Policies: Immigration policies in Spain are considerably more relaxed when compared to other Western European countries like the UK or Germany.

Disadvantages of Living in Spain

High Taxes: Spain has currently one of the highest tax burdens in the world. High taxes affect almost all types of residents, but some less than others. Passive residence or retired people will certainly pay less taxes in Spain compared to business people or employees.

Bureaucracy: Spain, like most European Latin countries is pretty bureaucratic. The bureaucracy is not only complex in itself, but also lengthy. Expect each and every possible of moving to Spain to be quite slow, including those to be done before arriving in the country.

Faltering Economy: It is no surprise that having high taxes and overwhelming bureaucracy would affect any country’s economy. That happens in Spain, that has one of the highest unemployment rates in the European Union. Salaries are also lower than most other Western European countries.

How to Immigrate to Spain

Before we analyze each one of the options to live in Spain, let’s consider some broad aspects that apply to almost every type of residence permit.

First of all, it is important to stress that those below are only for non-EU citizens. If you are an EU citizen you will have everything much easier. The requirements are usually lower or non existent.

Now, let’s check one by one all of the options to immigrate to Spain as a non-EU citizen.

Regardless if you are an EEA citizen or not, you will have to acquire at some point a Spanish NIE. More information about the NIE and how to obtain it is available here.

Immigrate to Spain as a Student

Studying in Spain can be a great idea if you are a non-EU citizen. Tuition fees are much lower than in countries like USA, Canada or UK, and Spain has world class universities.

The financial requirements to study in Spain are also quite low. You have show that you have 6500 euros available to cover your expenses to get the first visa and residence permit as a student. Apart from that, the other basic requirements usually apply.

Immigrate to Spain based on Employment

One of the most popular options to acquire residence in Spain is through employment (trabajo por cuenta ajena).

The main document you will need for this visa depends on your employer. He will have to apply for your initial residence and work permit.

Apart from that, you will have to apply in your country of residency, and not in Spain, like most visas/residence permits.

Immigrate to Spain to Retire

If you want to retire in Spain, the most suitable visa is the one below (non economically active person visa/residence permit).

This is a great option if you don’t want to run business or have a job in Spain. It applies well if you are living off investments, or if you are a shareholder of a company abroad and earn dividends from it. It is also a great option if you live from income originated on real estate rentals for example. The name of this residency in Spanish is residencia no lucrativa.

The main requisite to acquire this type of residence is to prove you have enough money to qualify. Currently, this sum is at %400 of the IPREM annually.

The IPREM is currently at 537,84 euros per month. 400% of that times 12 months is roughly 25,776 euros. This amount may vary depending on where you apply and what type of income you have.

You will also need a private health insurance to go along with your application. A clean criminal record is also required.

Immigrate to Spain as an Entrepreneur

If you want to move to Spain as an Entrepreneur, you basically have two options.

The first option is the visa to work by your own means (trabajo por cuenta propria). This visa is rather complicated, as the number of documents required is quite high.

Among those, one can expect to provide qualifications needed to run your business. Those usually are a university degree, but this will heavily depend on which type of business you will start.

You will also need to provide a business plan featuring the amount of money to be invested, the projected revenue, etc.

The second option is the investor visa (see below). You can also qualify for it if the amount of money you will invest, will be in a business. The amounts for this type of business are much higher as opposed to the one to work by your own means.

Immigrate to Spain as an Investor

Another option, if cash is not a constraint, is to immigrate to Spain as an investor. The so called Spanish Golden Visa, has quite high requirements in terms of capital. The advantage is that the process is less bureaucratic and you may get it quicker than going through the other alternatives.

Investments to get this type of residence permit start at 500,000 Euros and can be as high as 1 million Euros. The cheapest option require the applicant to invest 500,000 euros in Spanish real estate.

Once you get this visa you will also acquire the right to work or manage business in Spain.

Residence After Residing a Number of Years Illegally

As I mentioned above, Spain has one of the most relaxed immigration policies in Europe. If you have lived in Spain for a number of years illegally and you have a job, you can get a residence permit and make your status legal. The name of this residence permit is Residencia por Arraigo.

Residence Based on the Citizenship of a Family Member

You can also apply for residence in Spain if one of your immediate relatives is living/will be living you in Spain and he is Spanish or EEA citizen.

This usually applies for married couples. But it can also apply to couples (pareja de echo) and persons with some other specific types of family ties.

If you live a certain number of years in Spain, you will be eligible to apply for Spanish citizenship.

Usually, you will need to live in Spain for 10 years before you will be able to apply for Spanish citizenship. The number of years can be reduced significantly if you fall into some specific categories.

You can apply after 2 years if you are a ciziten of Ibero-America(most Latin American countries), Portugal, Andorra, Equatorial Guinea and the Philippines.

If you are married to a Spanish citizen you can apply after 1 year (as long as both of you are living in Spain).

More Information about Residency in Spain

If you want further information you can check the official Spanish Government website regarding living in Spain (in Spanish).

Other Resources to Travel and Live in Spain

If you are considering moving to Spain check our articles on how to retire in Spain. You can also check our guide on the cost of living in Madrid.