Best areas to stay in Skopje: discover the capital of North Macedonia as well as cost of travel and when to visit this Balkan city

Skopje is a capital and largest city of North Macedonia, a country located in the heart of the Balkan peninsula and famous because of its lakes, mountains, monuments, and history. 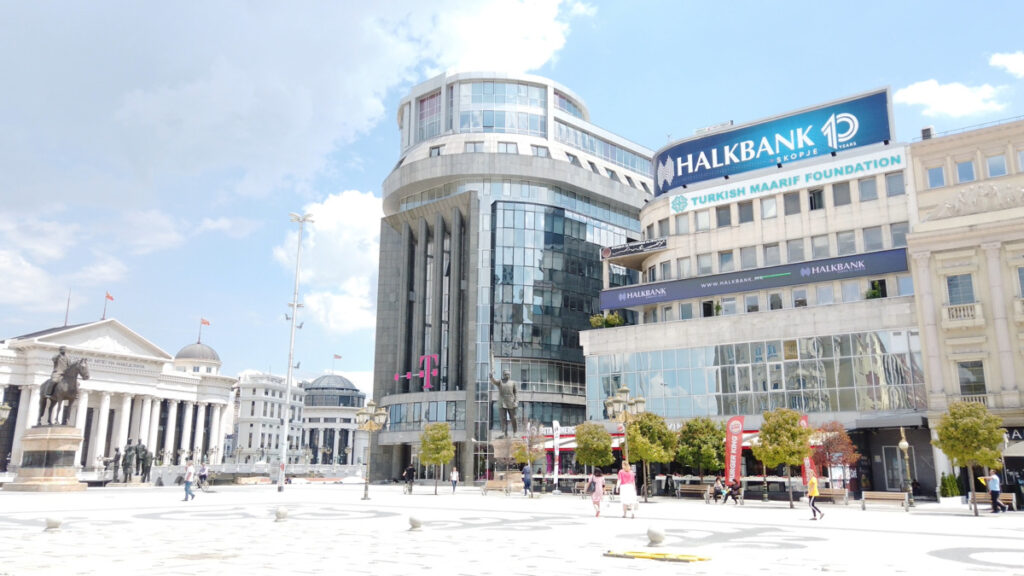 Skopje is a city of various styles and architectural influences. It was under Roman, Byzantine and Ottoman rule and its building and monuments witness this.

Some of the most prominent sights are Stone bridge, Old bazaar, Macedonia square, Millennium Cross, Skopje Fortress Kale, The Warrior on a horse and Porta Macedonia, Museum of Macedonia and Memorial House of Mother Teresa.

The capital of North Macedonia is relatively accessible, with good flights and train connections. Skopje “Alexander the Great” Airport is around 25 km away from the city center operates a solid number of international low cost routes. Buses are also one of the top transport options in the Balkans.

If you coming by land, there are good connection between Skopje to Bulgaria, Serbia, Albania and Greece. For those traveling by train you can check the Macedonian Railways website for more information on schedule and prices.

Best Places to Stay in Skopje

Probably the best area to stay in Skopje is the city center, with a good reference point being the Makedonija street. This area is famous because of bars, cafes, and shops. It is located in the heart of new town and is close to many interesting tourist sites such as Memorial House of Mother Teresa.

The city center has the highest concentration of hotels, stores and cafés. It is also the place to go if you want to enjoy the North Macedonian nightlife.

Skopje basically has two parts, modern and new area on one side of Vardar river and the old area to the north. So the best area of staying will depend on your style and taste. If you want to experience authentic flavor of Ottoman past then you should stay in the old town, referred as old Bazaar.

The old Bazaar is one of the places in the Balkans to taste the local cuisine, and North Macedonia is know for some of the best dishes in the region.

Lighthouse Hostel –  one of the best hostels in the city, at a walking distance to most of the North Macedonia’s capital attractions.

Hotel Cara 1928 – a reasonably priced option, offering great value for the money in the city center.

Hotel Senigallia – a great hotel with an unique design in one of the city’s best areas.

Skopje Marriott Hotel – a luxurious option in one of the most central areas of the city.

Bushi Resort & SPA – a splendid hotel in with easy access to the Old Bazar.

Cost of Travel in Skopje

The prices in North Macedonia are quite affordable especially compared to western European cities, and the capital is no exception. The average daily cost is around 55 € including food, transportation, and accommodation.

Transport to and in North Macedonia is very affordable. The European budget airline Wizz Air has flights from Skopje to a very wide number of destinations in Europe. The capital’s airport also has direct flights to cities in the Middle East like Doha and Dubai.

However, if you are a budget traveler, you can even manage a decent visit under 40 € per day. The price will include local transportation, accommodation, and food. When it comes to transportation be aware of taxi drivers since they tend to overcharge.

Prices tend to go up during summer months, though. However, as the city is not a main European tourism destination, it can be an excellent budget option during an Eurotrip.

The climate in Skopje is temperate and continental. It has four seasons with warm, sunny summers and chilly, mostly cold winters. The best time to visit Skopje is from April to October. This means you have plenty options when it comes to the time of visiting. The hottest months are July and August, which you should probably avoid due o extreme heat.

If you are visiting Skopje in April do not miss Skopje Film Festival, in May Skopje Marathon, and in October the Skopje Jazz Festival.

Other Resources for travelling in North Macedonia

If you traveling in Balkans you might want to check some of our other guides to this unique European region. Check the best places to stay in Sofia and our guide to where to stay in Belgrade.

For those considering a longer stay in the country you might want to check our post on the cost of living in Skopje.

Already in North Macedonia? Leave your thoughts and questions in the comment box below.